There is no denying that reality TV is one of the biggest entertainment forces in the world today. Seeing is believing, but we all know better than to trust what we see on reality TV as “real.”

Enter Airplane Repo. The Discovery Channel reality series claimed to offer what it says in the title, repo men taking airplanes from people who couldn’t pay the bills.

What Happened to Airplane Repo?

Unfortunately, the TV repo man came for Airplane Repo, and the series seems to be on indefinite hold if not cancelled outright.

The Premise of Airplane Repo

From scripted TV shows such as Law and Order and the many CSIs to early reality TV crime shows like Cops, we have developed a taste for “law breakers” being brought to “justice.”

This has evolved into a glut of bounty hunter and repo shows of people taking back expensive possessions on which the owners have defaulted on payments. This was the idea behind Airplane Repo. The brainchild of executive producers Matt Renner, Dan Ilani, Ethan Prochnik, and Joseph Boyle.

Each episode of the series flowed roughly the same way. Repo men, such as Kenny Cage and Danny Thompson, along with others, such as Heather Sterzick, a former aircraft controller for the military, would get a case regarding a plane that needed to be repossessed.

On paper, this sounds like it would fit right in with the aforementioned bounty hunter shows that have been on niche reality TV watchers for some time.

After all, what is Airplane Repo but a bounty hunter show in the sky?

Add the added tantalizing promise of high-profile clients and dazzlingly exotic locales as promised by a show with airplane repos and flying, and it isn’t hard to see how a show like this could find its audience.

Part of the appeal of any reality show is the audience being able to picture themselves in that very situation. That holds true even for a show as seemingly outlandish as Airplane Repo. Audience members want to see themselves as potential airplane repo men.

So, what would that take?

On the show, people such as Kenny, Danny, Heather, and others work as highly-trained airplane-seeking bounty hunters. They track down airplanes for the bounty they will receive in getting them, either from the bank or a private client.

To do this, these pilots on the show and in real-life have to be quite good at what they do.

They need to be able to fly all manner of aircraft and do so without a hitch. Some days you’re tracking down a crop duster, others it’s a private jet. Somedays Texas, other days Tijuana.

The nature of actual airplane repo work, as on the show, is one that involves a lot of high-stakes adventure. How much of the adventure as presented on Airplane Repo is true, however, is another matter.

Ironically, while we call them “reality TV shows,” one of the most common criticisms of these kinds of shows is that they’re “too fake.” This can seem odd since we don’t often say that about other forms of TV shows but just accept it, while fake reality TV offends us.

On the one hand, there are plenty of potential reasons for that. The writing and acting in reality TV shows is notoriously bad. The situations can often seem incredibly unreal. Maybe in expecting what’s “real” we’re actually more attune to what’s “fake.”

Whatever the reason, accusations of fakery are commonplace for reality TV shows, and so it should come as no surprise that the allegation has been made against Airplane Repo as well.

How Fake is Airplane Repo?

Well, that’s going to depend on what you consider “fake.”

One of the most notorious bits of fakery that many of the show’s critics charge it with is that events are staged. This itself is a pretty common charge to make against not just reality TV shows, but any show that employs a reality or found footage style.

On the one hand, a found footage style can give your show or film a rawer, more realistic feeling. This isn’t a staged show where people yell “lights, camera, action,” and act out a scene – oh no. This is raw, real found footage – except it most likely isn’t.

Found footage is almost always as staged and manufactured as the styles it’s pretending to subvert. Convenience is often a dead giveaway of this. The found footage camera just happened to be placed in the perfect location for a perfect shot.

Airplane Repo is a good example of this. Many have charged that the show’s supposed usage of security footage and other raw found footage-style shots is actually highly staged.

What’s more, the comically over-the-top reactions of people losing their planes and the repo men themselves can be a bit hard to believe. Sure, losing your plane is bad, but it’s hard to believe those people aren’t playing for the cameras.

In reality, Popovich himself has stated that later episodes of the show are not realistic. The further into Airplane Repo you go, the less realistic the show becomes.

For example, later shows do indeed use “recreations” of what the show owners claim to be real events filmed in a fixed security camera style.

On the one hand, if you wanted to be generous and believe in the magic of the show, maybe you can believe these events really happened and they are recreating them as best as possible.

On the other hand, there’s no getting away from the fact that the shots and, thus, the show itself is staged and, thus, fake at this point.

Finally, there’s the question of how accurate the show is to “real” airplane repo-ing.

Here again, the answer is that the show plays up a lot for the cameras. Sure, you have to be able to fly lots of planes from different locations, but that doesn’t mean you’ll get up to the wacky antics that are so conveniently caught on camera on the show.

Airplane Repo is a show with a wild premise, and it has indeed enjoyed a wild ride.

The show never cracked two million viewers, instead hovering just over a million viewers at the best of times and sinking below that more and more as time went on.

In fairness, shows like this don’t have to be a ratings juggernaut, nor are they intended to be. They are niche shows intended for a niche audience, and in that regard the show did fine, at least until the accusations of fakery and fatigue began to catch up with it.

So, what does the future hold for everyone’s favorite sky bounty hunters? At this point, perhaps not much more. It has been years since the show has produced a new season, with the last new episodes debuting in 2015.

While there were and are hopes and plans for an online show, nothing concrete has materialized.

For the time being, therefore, the sky bounty hunters of the show’s airplane repo agency appear to be grounded.

What is the NTSB? (How Do They Work)

How To Identify Flights Overhead

How Dangerous Is Crop Dusting?

What is The ICAO, and What Do They Do? 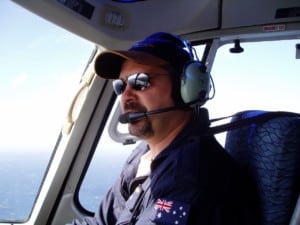 What Does ‘Wilco’ Mean in Aviation?

What is the NTSB? (How Do They Work)

How To Identify Flights Overhead

How Dangerous Is Crop Dusting?

What is The ICAO, and What Do They Do?

What Does ‘Wilco’ Mean in Aviation?